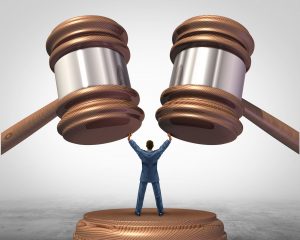 Where there is business, disputes unavoidably occur. As Myanmar’s economy is rapidly growing commercial disputes in Myanmar are unavoidable. When it comes to commercial or shareholders disputes in Myanmar, many investors and companies try to settle their dispute by way of arbitration at the Singapore International Arbitration Court (SIAC)or the International Chamber of Commerce (ICC)in Singapore.

Myanmar has taken steps to align its own national law with established international practice. On 16 April 2013 Myanmar acceded to the New York Arbitration Convention on the Recognition and Enforcement of Foreign Arbitral Award of 1958.

Then, on 5 January 2016, Myanmar enacted a completely new Arbitration Law, with Law No.5/2016 largely based on UNCITRAL Model Law 2006. Myanmar’s preceding legislation, the Arbitration Act 1944 was repealed by this new law. The new Arbitration Law has already been successfully implemented by Myanmar courts in disputes arising throughout the Union of Myanmar.

Under the new law, if the parties agree, disputes can be settled not only under court-supervised arbitration in the courts of Myanmar but in the newly-established Myanmar Arbitration Centre, which was operational as of August, 2019.

The Myanmar Arbitration Centre (MAC) had been provided for under Myanmar’s 2017 Company Law. With the help of The Union of Myanmar Federation of Chambers of Commerce and Industry (UMFCCI), MAC provides intensive training for arbitrators. MAC-trained arbitrators come from different sectors and include executives, lawyers, accountants and engineers.

Why is arbitration settlement preferable always in commercial disputes?

Compared to litigation (where a dispute is resolved with the assistance of the Courts), arbitration is preferred because:

An arbitrator is a third-party appointed by both parties to arbitrate the matter at hand. He (or she) is normally an expert in the subject of the dispute, and has had formal training in arbitration. He does not have to be a lawyer but has to be neutral to both parties.

In the commercial arbitration process, the arbitrator will conduct a “mini trial” with both parties giving testimony and give evidence. It is usually less formal than a trial. The arbitrator will ask questions or request additional documentation. He looks into the legal rights and wrongs of a dispute, the evidence given and his expert knowledge in the field to render his decision. His decision is final and cannot be appealed.

Arbitration agreement is defined under Myanmar Arbitration Law 2016 as follows: 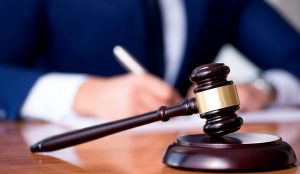 “Arbitration agreement” means an agreement in writing by the parties to submit to arbitration all or certain disputes which arise or which may arise between them in respect of legal relationship, whether contractual or not;” (Section-3)

Contact us concerning Myanmar-specific language for an effective arbitration clause for a contract to be executed in Myanmar, whether a joint venture agreement, a sub-contractor agreement, a construction project or any other type of agreement.

We are experts in initiating and responding to Requests for Arbitration under Myanmar law. Contact us to learn about the proper procedures to stay court proceedings and remove commercial disputes from the courts.

For more information on arbitration agreements and how it can help your business in the event of a commercial dispute, contact our arbitration lawyers in Myanmar.

Recent Arbitration cases by the lawyers at MYO & MYO Law Firm include: